Evolutionary transitions from marine to freshwater habitats by different animals represent an interesting opportunity for examining adaptive evolution. Adaptive radiation is the process by which animals, when released from some constraint or presented with new resources, diversify ecologically to capitalize on these opportunities. This is perhaps best exemplified by classic case studies on Darwin’s finches and their evolution of different beak shapes to feed on different manners of prey in the Galapagos. Freshwater environments historically have offered new resources to invading marine fishes, resources potentially free from competition, an ecological opportunity. 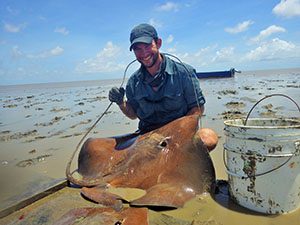 The Amazon basin of today is far different than it was even 4-7 million years ago. Many of the modern fishes in South America evolved in a massive inland sea called the Pebas, a large, inland brackish lagoon. With the rise of the Andes, this inland estuary was isolated and then eventually started draining eastwards, trapping and redirecting the movements of the fishes within it. Partly due to this phenomenon the Amazon basin has the highest diversity of freshwater fishes in the world, including several conspicuously marine groups: pufferfishes, toadfishes, anchovies, herrings, needlefishes, and even stingrays. Little work has focused on determining how these fishes physically adapted to fit their changing ecological roles in the Amazon across the evolution of both the fishes AND of the basin itself. 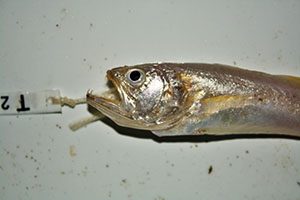 In the Summer of 2017, we will examine how the overall form and function of these South American ‘marine-derived lineages’ of fishes (MDLs) have changed over the course of their 40-million-year history. We will also compare these patterns to similar fish systems in the Pacific Northwest, notably the many freshwater sculpins found along the Washington and Oregon coasts. Using computed microtomography scanning (micro-CT) of museum specimens we will

This research is in collaboration with international researchers from the University of Toronto, University of Western Michigan, Universidade de São Paulo, and elsewhere.

Past students of mine have presented their research at international meetings of the Society for Integrative and Comparative Biology (SICB) and several exceptional students are coauthors on publications in preparation for submission at the Journal of Zoology and Journal of Evolutionary Biology.

Here is a glance at similar sorts of research, this time on Australian freshwater fishes. 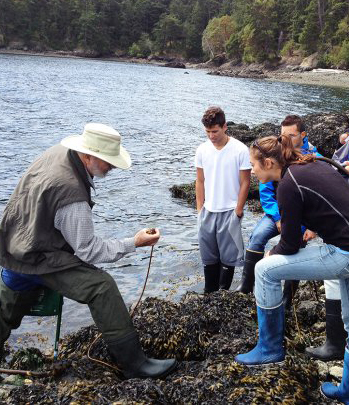